GreenFields USA is proud to announce the installation of GreenFields MX, its latest generation of artificial turf at prestigious Nickerson Field, home to the Boston University Terrier men’s and women’s soccer and lacrosse teams. “Our coaches are excited to have the experience and innovation of GreenFields behind us for many seasons to come,” said Tim Cavanaugh, BU’s director, athletic facilities.  “GreenFields’ leadership position at the highest levels of international soccer coupled with a strong support from the elite levels of lacrosse in the US makes it a great fit for Nickerson Field.”

Nickerson Field will replace its existing synthetic turf with GreenFields MX Trimension™, utilizing a patented weaving technology.  The product comprises several innovations to ensure that fibers will stand up straight, better replicating natural grass when it comes to playability at top-flight level.  The woven turf allows better and natural control of the ball, allows the player to pivot easier and is a more consistent surface that resists compaction. GreenFields MX turf has no grain giving it a beautifully natural appearance, both from the stands and on television.

“It’s quite an honor to have such a prestigious stadium like Boston University’s Nickerson Field choose GreenFields,” said Jim Froslid, Director of Sales and Marketing for GreenFields, “We pride ourselves in being a leader in innovation, and enabling athletes all over the world to play sports on well constructed, sustainable and safe fields.”

GreenFields will partner with Northeast Turf to install the field in June and July.  Northeast Turf is one of the most experienced installers in the country with more than 700 installations, many of which are in the New England area, including Gillette Stadium and Boston University’s last two stadium fields. 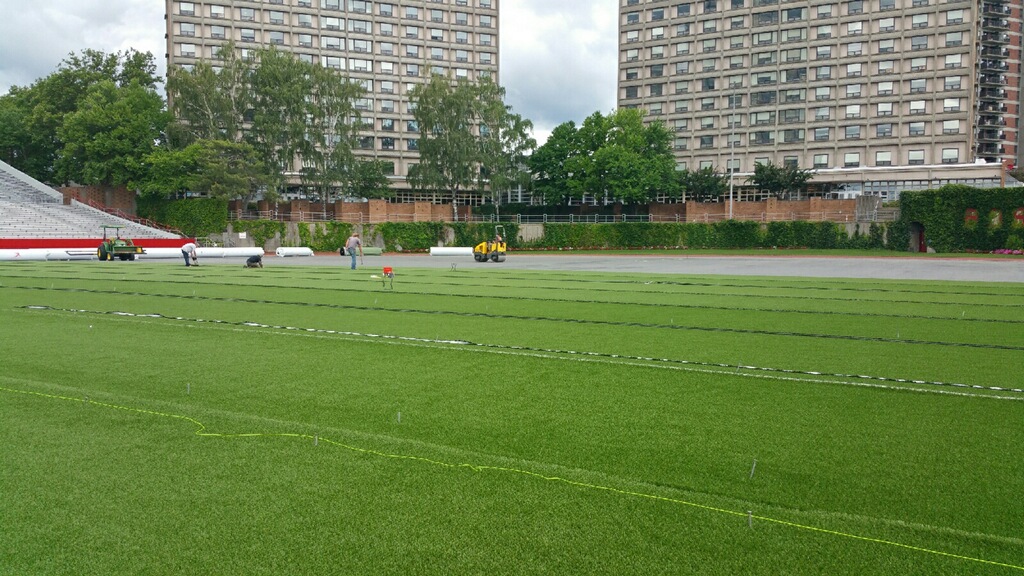 NorthEast Turf is a part of practically every facet of the construction & maintenance of your in-filled artificial turf field and they stand behind their work every step of the way. NET has installed over 700 outdoor sports fields for clients ranging from local parks to recreation departments to high schools and colleges throughout New England, the Mid Atlantic and Southeast. www.ebturf.com