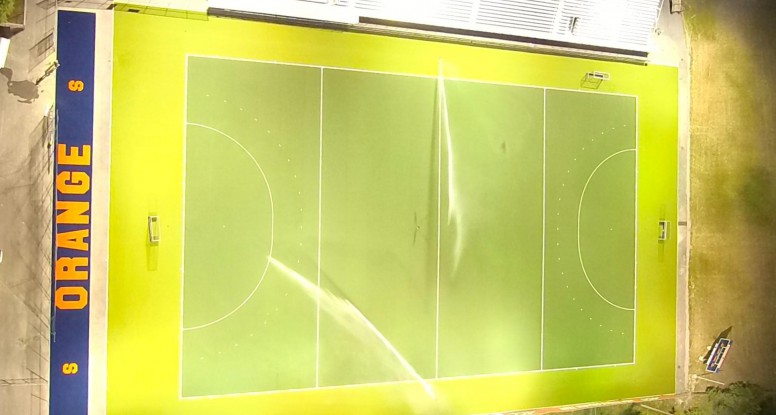 After their winning (21-1) 2015 season, Syracuse University wanted to upgrade their turf surface in order to further boost their competitive edge going into the 2016 season. By reviewing numerous options it became evident that GreenFields USA provided the superior product and field hockey experience that Syracuse was looking for. Head coach Ange Bradley said: “At the Hague over in Holland at the World Cup they did a fantastic job and it was a beautiful field. GreenFields did a great job!”

Champions field for a championship team

The new Coyne hockey field will be different from years past in numerous ways. The GreenFields TX system, paired with GreenFields Ecocept™-Sport base, is especially engineered for consistent ball control, lower bounce, higher speed, dimensional stability, reduced abrasiveness and increased water retention. There is no equal in the industry. “It’s really fast, the bounce is very natural and it suits our game with this really fast turf.” stated coach Bradley.

Experienced Distributor
NET Sports Group is responsible for the Syracuse installation. With over 16 years of experience in the industry, NET has installed many fields including Gillette Stadium, Michigan and Ohio State Football, Harvard Stadium and MIT. With their unparalleled experience in the region, NET was the best partner to install a the Syracuse field.