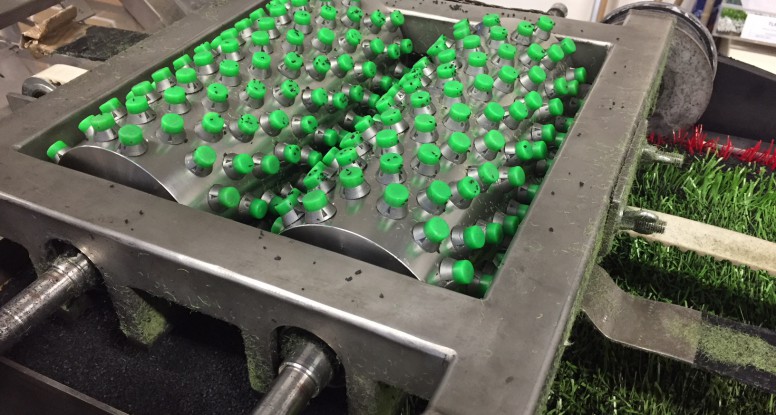 Lisport testing, in which turf is subjected to abrasion that simulates foot traffic and field wear, is the turf-industry standard for assessing performance and durability. Surpassing 300,000 cycles – ten times the current industry standard – is unprecedented.

GreenFields Director of Marketing, Erica Rumpke, called the IRONTURF results, “a very important validation for our woven-turf technology, and a clear statement that traditional tufted turf products can no longer be considered best-in-class.”

She pointed out that even after 300,000 cycles, which took a year to complete, IRONTURF didn’t fail – the GreenFields team just decided enough was enough.

“These tests take a lot of time and money, and at a certain point you just say, ‘Okay, this is the toughest turf in the history of turf and we’ve proven enough here.’  There was still zero yarn loss; the fibers hadn’t split and were still standing up.”

The tests were conducted at Labosport’s Canadian laboratory, the only FIFA-certified facility in North America. IRONTURF’s performance exceeded any product they had ever tested.